After raising her daughter, alongside helping to run a successful small business, Karen has worked for various non-profit organisations in PA and Office Manager roles. She began her administrative career in the world-renowned Royal Papworth Hospital Transplant Unit in Cambridge as Secretary to the Transplant Co-ordinator.

My Background – The Magic I bring to the team

It was during her time at Royal Papworth Hospital Transplant Unit in Cambridge that she found a love for working in organisations where the main focus was helping others and playing a part in making a real difference to people regardless of background.

Over the years she has developed a wealth of skills that have been fully utilised in many exciting projects, particularly in her role as PA to the Head of East of England at the Heritage Lottery Fund, which helped keep multi-million pound projects on track.

Karen has a passion for all things admin related and prides herself on being a professional organiser with a steadfast ‘getting it done’ attitude. She was born and raised in London but currently lives with her husband and dog in the West Midlands.

In her spare time she likes challenging herself and is an avid runner, hiker and cyclist and has also been known to snorkel with sharks and manta rays. Karen is regularly involved in fundraising for numerous charities that are close to her heart. One recent fundraising effort was for a local youth charity, which involved hiking along Scotland's West Highland Way with a total of 150 miles walked, culminating with climbing the highest mountain in the UK. This challenge raised enough sponsorship to fund different projects the charity was running for young people in the community for the whole year.

What I love about my job

The best thing about working at Mahogany Inclusion Partners is the team. I feel like I am supported and encouraged to reach my full potential and be my true self at work.

Something that surprises people about me

I came second place in the World Irish Dancing Championships.

Believe in yourself. You are braver than you think, more talented than you know, and capable of more than you imagine. 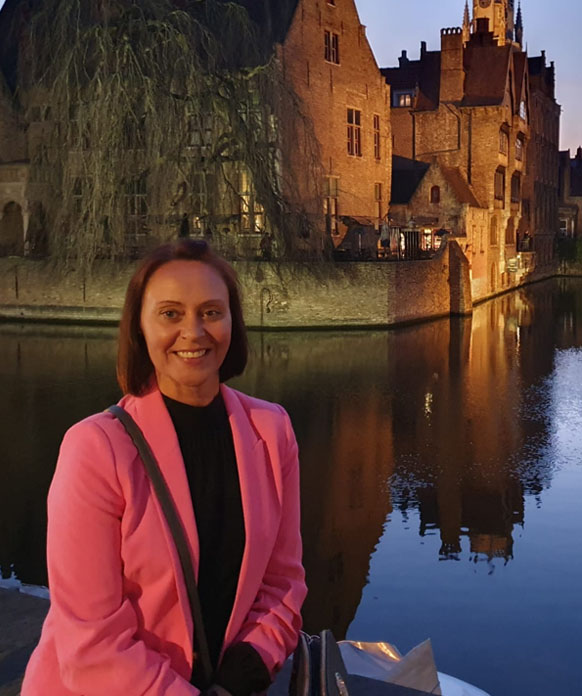